We all enjoy life through a series of defining experiences with friends and loved ones in our social circles: people who attend the same school, live on the same street, work in the same company, or root for the same team. The jeans they wear, the phones they use, and the brands they favor to some extent encourage us to think positively or negatively about ourselves and others. They’re consumers just like us, and they shape our thoughts and opinions in profound ways that we rarely notice.

The emergence of the World Wide Web

The proliferation of proprietary first-generation online services came to a stunning halt with the emergence of Mosaic, the first widely available web browser. In 1994, with Mosaic and a web connection via an ISP (Internet service provider), a user could spend an unlimited amount of time surfing the Internet and sending an unlimited number of e-mail messages.

This was a departure from existing services that relied upon tiered hourly service and other usage upcharges for profitability. Fueled by the wealth of new online services, applications, and a proliferation of websites, consumers moved to the World Wide Web en masse starting in 1995.

Search and the Decline of Banner Ads

The number of websites continued to proliferate well beyond people’s expectations. Consumers needed a way to sort through all the noise to find exactly what they needed at any given time. A number of companies built sites to help with this exact problem. Yahoo! indexed sites by subject matter and added a rudimentary search function that helped users find resources quickly.

Others didn’t rely on a proprietary directory but instead depended on scanning the full text of web pages to determine relevance for a particular search term. Popular search engines from this period included Magellan, Excite, Inktomi, AltaVista, and Lycos. Later, other search engines such as MetaCrawler and Dogpile emerged, combining search results from individual search engines to provide more accurate and complete results to users. Over time, these search engines became the “starting point” for many users. Rather than logging into a portal like Go.com or MSN to get information, users began to frequent search engines.

The Rise of Google and Clickthrough Ads

Around this time, Google emerged as perhaps the world’s greatest and most accurate search engine. In just a few years’ time, it launched a search engine that was superior to rivals such as HotBot, AltaVista, Lycos, and others. It quickly gained market share but ironically launched an impression-based advertising business in 2000.

The Emergence of Social Networks

As Google asserted its click-through dominance, a number of social networks began to emerge and reach mainstream consumer audiences. There wasn’t anything particularly new about social networks. Online communities had formed at every evolution of the Internet, dating back to well before the World Wide Web. The difference by 2003 was the fact that people had grown increasingly comfortable with interacting with one another on the Internet and at times in plain view of other users. Social networks, after all, work better with a larger number of engaged users sharing more and more details about themselves. 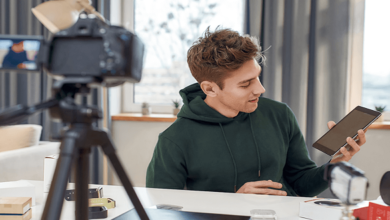 Accounting for the Influencers 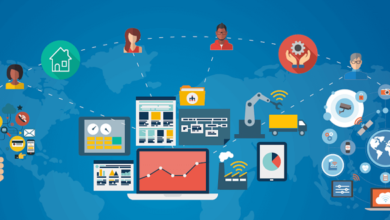