One problem with low-fat diet advocates is that although they allow some polyunsaturated oils for salad dressings, sauces, and Copyright © 2006 by Felicia Drury Kliment. Click here for terms of use. 56 Shedding New Light on Your Metabolism for sautéing, they typically suggest removing as much saturated fat from foods as possible for example, taking out the fat under the skin of the chicken before cooking it, cutting all the fat off red meat, and eliminating the yokes from eggs before scrambling them.

It’s been established scientifically, and for very good reasons, that the diet should be made up of 25 percent fat and/or oil. Yet some low-fat diets recommend a diet in which there is less than 7 percent fat. Such a diet predisposes to cancer and blindness by preventing the absorption of vitamins A and D. Even low-fat diets that recommend as much as 15 percent fat and/or oils in the diet, only 10 percent below the scientifically determined amount, are depriving the body cells of the two substances that make up the structure of the membranes that surround cells.

These two substances are fatty acids and protein. Even if the low-fat diet is high in protein, without an adequate amount of fat in the diet the protein can’t be absorbed and utilized. Without adequate fat and protein, cellular membranes deteriorate, causing the structure of organs in which these cells are located to literally fall apart.

The Importance of Fats and Oils

Nuts and seeds were a vital source of fatty acids in Paleolithic cultures. The widely held belief that Stone Age peoples fulfilled the body’s fat requirements from the wild animals they subsisted on is a myth. There is much data on aboriginal peoples living in the twenty-first century in remote areas of Russia, Canada, Scandinavia, and Africa that indicates they supplement the sparse fat on game animals with oil- and fat-rich foods such as fish oil and fish eggs, organ meats, shellfish (crabs, shrimp, and lobsters), and seeds and nuts (75 percent of most nuts consists of oil).

Why Fats and Oils Are Essential to Health

There has been too little recognition in industrialized nations that more fats and oils need to be consumed during pregnancy if the fetal brain is to develop normally. A study completed in 1991 at the University of Minnesota measured the fatty acids of pregnant women, which revealed that the level of omega-3 fatty acids was far lower than that of women who were not pregnant. Nonindustrial cultures knew from experience passed down through families that supplemental fats and oils should be given to pregnant women to assure the normal development of the unborn child. In some regions of the Alps in Switzerland, pregnant women were encouraged to eat extra portions of raw butter and cream.

The Dangers of Eliminating Saturated Fat from the Diet

Until a little over fifty years ago, people ate saturated fat as a matter of course. Red meat well marbled with fat and liberal amounts of gravy poured over the meat, along with mashed potatoes and butter, were the dinner staples in most households. And it was common to have eggs every day for breakfast. The latter practice, it turns out, was good for mental function, according to a study carried out at the University of California, Berkeley.

Which Fats and Oils Should You Eat?

Your choice of fats and oils should depend on which ones you digest best. If you are a grain eater, you can digest a greater quantity of polyunsaturated oils because these come from plants, and grain eaters are essentially plant-eaters. These oils have another advantage: they speed up the grain eater’s sluggish digestion. The meat eater does well on butter, meat fat, and nuts and seeds because they slow his or her overactive digestion.

Just as our Ice Age ancestors ate nuts and seeds by cracking open the shell rather than extracting the oil, so should we. Extracted oil oxidizes when exposed to heat and light. Another reason to avoid bottled polyunsaturated oil is that it’s easy to eat too much of it. When you use polyunsaturated oil for cooking and put it in soups, sauces, salad dressing, and so on, the body receives an overload. The oil not utilized undergoes changes in its chemical structure and becomes rancid. It’s hard for the body to eliminate rancid oil so it stays in the body, generating free radicals that destroy oxygen.

The Case Against the High-Protein Diets 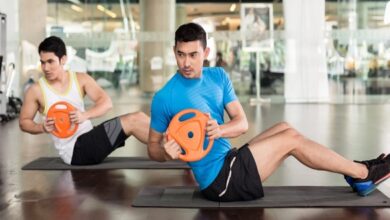 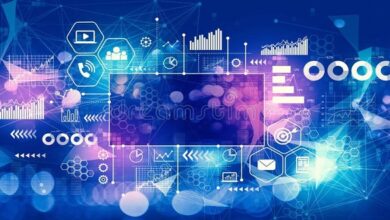